The club was established with a very clear ethos that football should be a sport enjoyed by and open to all regardless of ability, and that all participants will not only become better footballers whilst members of MBFC but will also become more rounded individuals.

To achieve this aim, the club wishes to establish its very own standards charter that all coaches and members of the management team will actively endorse and work towards in every action they take in the name of MBFC. The charter will be based on the twinned approach of developing footballing talent and on fostering personal integrity.

All individuals involved in the club, whether they be coaches, players or parents will be expected to uphold the standards of the club and behave to a standard that ensures MBFC maintains a positive environment where football and the community can thrive. Central to this standard should be a respect for all others involved in the club, as well as for all opponents, referees and any others with whom the club interacts. Any individuals not acting respectfully or in the best interests of the club will not be welcome within MBFC.

To support this, the club will coach and develop its players in a way that encourages good football, and that helps develop all players that join the club. Central to the coaching ethos of the club will be the encouragement of football that focuses on developing skills and not on learning to win at all costs.

Coaching of our players will centre on key elements, as follows:

The purpose of the above statement is to underline what MBFC stands for, both in developing individuals but also in how football is taught to those that join our club.

Above all the club is established for the benefit of those that use the club and should not be used for the personal gain of any one individual. The MBFC management team believe this statement supports and will help ensure this important principle remains core to the ethos of the club. 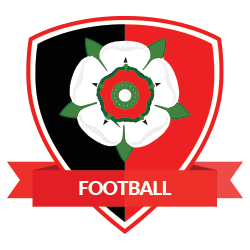